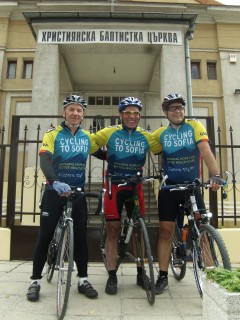 They did it! On 18th October 2013, Richard, Mark and Tedi reached Sofia safe and sound. The Bristol to Sofia Cycle Ride was completed ahead of schedule in just three weeks, although Richard returned home part-way through when sadly his mother was taken ill and passed away. Tedi Oprenov took his place, and Richard was able […] 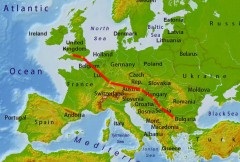 The Challenge Richard Taylor and Mark Corcoran are taking the challenge and cycling 1700 miles from Bristol to Sofia, Bulgaria, to raise money to fit out a newly built Medical Centre on behalf of the Bulgarian Partners Trust.