To go back to the beginning of the story, Teddi Oprenov, who is currently the pastor of Sofia Baptist Church and General Secretary of the Bulgarian Baptist Union, came to the UK shortly after the fall of communism.

He and his wife Didi were already very active in the work of Sofia Baptist Church, and came to the UK to pursue an opportunity of further training in church work. 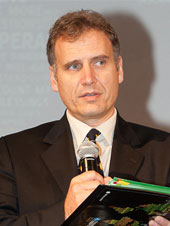 They stayed for a year in Bristol, before moving to London, where both Teddi and Didi studied at Spurgeons Bible College. During their time in the UK they formed ties with a number of churches.

Their passion remained, however, for the country they came from; wherever they had the opportunity to speak, they shared their experiences of life in Bulgaria, and the particular difficulties facing both the church and the country.

After returning to Bulgaria, Teddi became the pastor of Sofia Baptist Church. At this time he, and others from Sofia Baptist Church, created the Good Samaritan Foundation to help meet the many social needs they were encountering, both in their church and in their community. He has continued to maintain active links with friends from the UK. 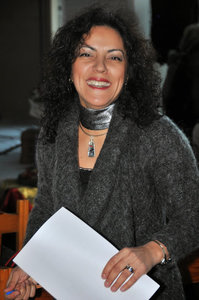 One of these friends, Geoff Wallis, now secretary of the Bulgarian Partners Trust, with his wife Jan, had maintained contact with Teddi and Didi. When the Good Samaritan Foundation announced their aim of building a Social, Medical and Educational Centre, it seemed to Geoff that they would need significant outside help in terms of funding. He suggested to Teddi the formation of a UK charity to help raise funds, channel donations, and raise awareness. Teddi in turn suggested people he knew well in the UK who might be willing to become trustees of this new charity.

So it was that the Bulgarian Partners Trust was formed. There are currently seven trustees; Teddi Oprenov, Didi Oprenov, Geoff Wallis, John Ringrose (treasurer), Andrew Green, James Caldwell and Mark Corcoran. To find out more about our trustees, click here >>

“We called ourselves “Partners” because we wanted to make it quite clear that we aim to assist work already being done, or that is being attempted. We are not setting the agenda ourselves. Because our Declaration of Trust is fairly broad we may well in time widen the work we support, but supporting the building of the centre is our first aim.”Geoff Wallis

We maintain close contact with the Good Samaritan Foundation, and from time to time visit to see first hand all that is happening. We have minimal overheads and all money donated is passed, in its entirety, to the Foundation. All running costs are covered by the trustees so that donors can be confident that all donated monies are handed over in their entirety.