“When the children are little they are exploited for labour, later when they grow up they are forced to prostitute, and when they become unusable, if  still alive they are used as donors of organs” said Mrs. Pushkarova form the foundation “Risk monitoring”, answering a question about the fate of the girls trafficked out of the country for exploitation. 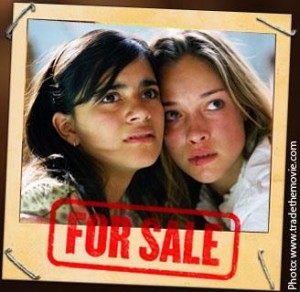 Trafficking of girls from Bulgaria

Bulgaria is one of the top six countries in the world most exporting people. Amongst the other five are Moldova, Ukraine and Russia. The statistics show that the biggest percentages of exported people are children. They are exploited for sexual purposes and as labour. It is mainly girls that are being exported for sexual exploitation.

These vulnerable people are being exported mostly to Western Europe, USA and a few to Latin America. The children are used first as servants, then as prostitutes and at last they have their organs taken. Their exporters could be people from their own ethnic group, their parents or family, or foreigners from trans-national groups. The exporter could come from any level of society.

The people who are being exported are almost exclusively those who live in poor conditions and know nothing but poverty. They fall below the threshold of society’s care and human trafficking is now a cultural phenomenon for them, so they don`t see it as negative but a normal way of life. They know no other way.

“We might consider pickpocketing as a ‘small business’ but a child, usually a girl, exported to Vienna, Milano, Barcelona or on the street in a city in England, makes about 1,000 – 2,000 euro a day. Control over this starts through the father, the head of the family and goes all the way to the “meshere” (a rich group of people in the Roma society with the functions of a court with power even to execute a person if decided). It becomes a family business” – said Mr. Bazlov from the Center for Analyzing Democracy.

This business makes about 900 million euro per year which  comes back to Bulgaria. The money is then invested in the legal economy, businesses that make a phantom profit (they generate money that cannot be disproved). Most funds are invested in businesses such as hotel building, gambling, shops, all kinds of restaurants, night clubs etc. etc.

Another way to “money-launder” in Bulgaria is through famous people, mainly sports stars and personalities, that can go abroad often without raising suspicion. They transfer the money through their foreign accounts into Bulgarian accounts. People trafficking and “money-laundering” businesses have a 200 year old history in this Country.

What is shocking is that Bulgaria, with its 7 and a half million population, is competing with countries with 100-150 million populations, according to statistics of international criminal services. The well organized “system” goes from street prostitution of mainly Roma girls and boys, to elite prostitution in the fashion business, where a 24 hour service of a ‘seven star’ prostitute could net a sum of $32,000. Many famous Bulgarian fashion icons participate in this business where catalogs are available to choose from. Two Bulgarian girls were ‘offered’ in the catalog from which the New York governor was caught selecting from last year.

To illustrate the scale of the problem, take the central Bulgarian town of Sliven for example, which is well known to have a large number of prostitutes.  There are about 500 known pimps and about 1,000 girls known to prostitute amongst a total population of 100,000.  However, when you exclude men from this population fugure and limit the age spectrum of to girls between 15 and 30, the statistics frighteningly show that

1 in 10 girls is engaged in prostitution.

“The laws are in place, but Bulgarian law treats the under-aged victims of human trafficking as offenders, and not as children needing protection. The law incorporates all the recent changes required to comply with International standards, but there is no real change in the situation, which leads us to ask “Are international standards effective?”

“To be able to fight and prevent human trafficking and we need not only a change in our laws but we need to develop a very strong social and educational policy, in other words, to work towards eliminating the social factors that undergird these crimes” said Mrs. Pushkarova.